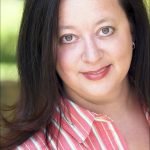 Angela originally hails from the state of Illinois.  From 1996 to 2007, she served as Supervisor of Cultural Arts at the Decatur Park District.  While there, she directed Storyteller Theatre, the children’s theatre company, administered and stage managed the Greater Decatur Chorale, and the Best of Summer Stock, the musical theatre program for kids.  After leaving the Park District, Angela embarked on a stage management career, working in theatre companies in Illinois, Wisconsin, Massachusetts, and the Seattle area. She is a proud member of Actors Equity Association.  In June of 2015, Angela earned a Master of Fine Arts in Arts Leadership from Seattle University. In July of 2016, the Centerstage Board of Directors hired her as the new Managing Director. Theatre credits include: Little Theatre on the Square: Chicago, Santaland Diaries (SM), The Full Monty, Hairspray, My Fair Lady, Crazy for You, The Sound of Music, La Cage Aux Folles (ASM).  Shakespeare & Company: The Comedy of Errors, More Words! More Play!, Toad of Toad Hall, Pericles, Romeo & Juliet Tour, The Mad Pirate and the Mermaid, Cindy Bella (SM); The Canterville Ghost (ASM); Milwaukee Shakespeare: Twelfth Night, Cymbeline (ASM); Madison Repertory Theatre’s New Play Festival (SM). 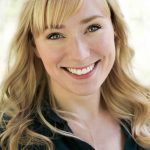 Trista Duval joined Centerstage as the Artistic Director in July of 2017. A resident of Federal Way, she has several Centerstage shows under her belt and is honored to be able to continue to build its legacy. Trista holds a BFA in Music Theatre from Elon University in North Carolina, and has performed up and down the East Coast, in Texas, and now in the beautiful Pacific Northwest, where she first began to grow her experience as an arts team builder and director. She is married to a stellar guy and has two gorgeous boys who think they own this theatre. 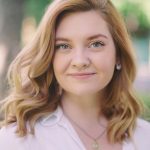 Rylie joined the Centerstage crew around February of 2022 as a choreographer and joined as an Administrative Assistant soon after. She has a BA from Eastern Washington University in Theatre and a minor in Dance. They have been a dancer, actor, choreographer, assistant artistic director, assistant director, and director, they have a goal of learning all they can about all aspects of working in the world of theatre so they can give back to their community in the art form they love. Rylie lives with her forever scene partner and spouse, their dramatic and beautiful daughter, and their “meow meow.”

While we no longer require proof of vaccination or a negative COVID test to attend our shows, we still ask patrons to wear a mask for the show. Click here for more information.